I have been to many immigration offices all over the world for a variety of different visas and reasons. In Asia you fill out one piece of paper and give them your money (cash only of course) and then you get your stamp/visa no questions asked. In Australia and New Zealand it is all done via the Internet and is a pretty straight forward and easy process. You can even pay by credit card if you so choose :)

Not so in Colombia. This was by far the strictest most complicated visa application process I have ever gone through. First off I went to one office for my visa and they informed me I was at the wrong office. (Luckily I didn't wait hours there to find this out) I show up at the proper office after that, expecting to be in and out. Man was I was wrong! I get there and get a number and wait, and wait..... Two hours later I got called into a little office and had to be interviewed by a gentleman as to why I wanted to stay in Colombia. At first he seemed kind of hostile and I started to get nervous that my visa was going to get denied. Luckily I had my Spanish speaking friend with me and he goes to a very prominent university here and for whatever reason this immigration officer seemed to really like that. By the end of the interview he was laughing and joking with me and I could relax. 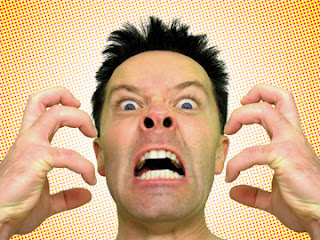 After a total of 3.5 hours of my life at this immigration office I was told I had 15 days to go to yet ANOTHER office and submit all my now approved paperwork. So the next day I show up at this office assuming I would just hand them all my paperwork and be done with (again I was wrong) I had to 150,000 pesos (about 75 bucks) at this one specific bank which was not located near the office at all so I had to walk 5 blocks to do it. In addition, the previous immigration office said they needed passport photos of me in a WHITE background. Well this second office claimed they needed pictures in a BLUE background only.  So the eight pictures I had of myself in white were useless! So very frustrating.... Well of course there was no where near the office that took pictures in a blue background so I started walking looking for a place.

I walked and walked and walked. After one hour of walking I finally found a place! I kept telling myself, there has to be a place on the next block etc. So after about two hours I made it back to the immigration office and had all the required paperwork and payment etc. Then I had to wait. Again. 3.5 hours later I was called in and they took my finger prints. Twice. once electronically and once manually. So they certainly covered their bases.

Now after seven hours of my life at various immigration offices in two weeks I will have my official Colombian National ID card and visa :). Such a complicated long process but now its over! Yall take care,Tyler
Posted by Unknown at Friday, July 27, 2012