My first weekend away from Bogota

Betty invited me to go to her family's farm outside of  Villavicencio which is about two hours (or just a bit more) from Bogota. Having not left Bogota at all since I got here I was welcoming the change! I really enjoy Bogota a lot but, I hate the terrible weather here and the horrible traffic! I was told it would be warm enough to wear my shorts and sandals for the first time since I have been here so I was excited! After the bus ride up there that cost me 10 USD and dealing with our crazy bus driver who drove like we were in a Nascar race I made it there. It is the same in every third world country that I have visited, all the drivers on the public transport ( no matter what form you decide to take) drive like they will be executed if they are even one minute late haha. Of course they can be way late picking you up but, once you get going, you are flying! There was times when I thought we were going to fall off the mountain! We had to drive thru the mountains (literally) to get to the plains of Villavicencio. It was a beautiful drive and we all made it in one piece.

Once I made it to Villavicencio Betty was there to pick me up. I hadn't seen her in a few day so it was good to be able to hold her and all that mushy stuff :) After that we drove to her family's ranch house which was very rustic and cool. I know my mom would have loved it. Check my Facebook page for all the pictures. It was so relaxing and peaceful up there. Just Her and I and her father and two dogs. Such a change from the loud,crazy,noisy Bogota. I live really close to the airport in Bogota so there is always noise! I was nervous about my lack of Spanish when talking with Betty's dad but, we actually got along pretty well. My Spanish is certainly not great but it is good enough to speak at a child like level and be understood haha.

I came back to edit this post because I forgot something important! During the week I went to McDonald's for my first (and last) time in Colombia. Considering that McDonald's is in nearly every country on the planet and most of the countries I have visited, I like to try it to get a feel for the country. In Colombia the food at McDonald's tastes better than the McDonald's back home (but here they use way more salt on the fries!) But, saying the food is better at McDonald's is like saying its better if someone murders only one person and not ten lol. Bad is bad. McDonald's in Colombia is very interesting. It is so expensive that only the very rich can afford to go there. The people you will see in there are all business people in suits or rich people.

In Colombia there are people who have never been to McDonald's in their lives. There are men who will take their wives there on an anniversary. Considering that I paid 20,000 pesos for my meal (or $10.96 USD!) I can see why. I can get a much better, much bigger Colombian meal for 5000 pesos or $2.50 USD, so that is a little comparison there. Well now you know why I am one and done with McDonald's in Colombia. The best thing about my visit there was the free Internet. I did get a free collectible cup to commemorate McDonald's sponsorship of the upcoming London 2012 Olympics. (Insert sarcasm here)

All in all, other than being eaten alive by mosquitoes everything was great! I even got to eat the Colombian version of Brisket in Las Vegas lol. -Tyler 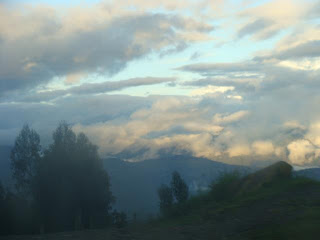 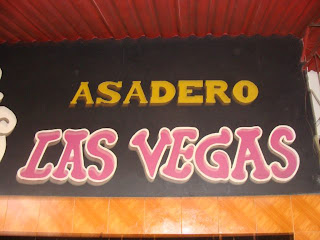 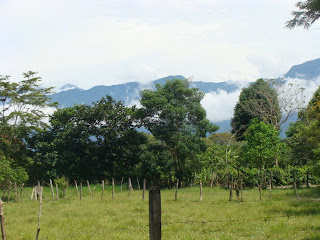